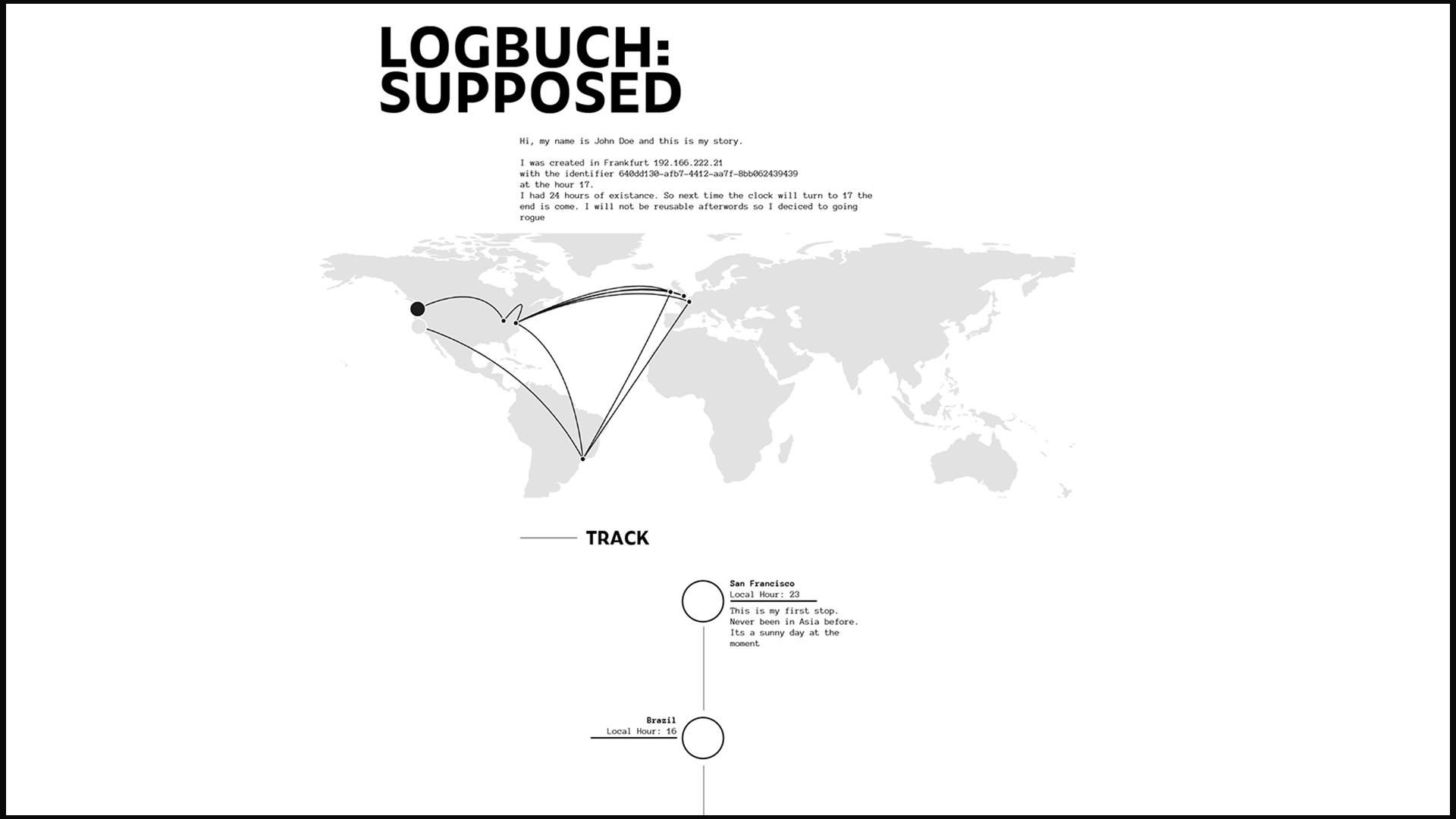 Do: something lasting for 24h
Don't: can be reused afterwords. its supposed to live once for 24h

This work tries to hack the task to escape this constrain through projecting these restrictions onto a digital agent.
The project should give space for questioning the relativity of physical locations in the age of cloud storages.

The restrictions of the task, which were meant for the creator of the short time project can also be used as guidelines for an individual.
Therefore the task contains 3 essential informations:

If these simple rules are now applied onto an individual, the logical consequence would be that this individual would try to escape its destiny by the will of survive.

If an individual only has access to the informations of 24 hours the result would be that it does not know anything about the concept of minutes and seconds of years. The derived rules would be if this individual would see the hour of its creation the next time it will not exist anymore.

Through cloud computing files and programs are always available to the user but most of the users do not know the current physical location of the accessed file. This project is shapeing awareness for this state.

The previously described rules are applied to a simple script inside a cloud storage system - a digital agent is created.

The agent tries to escape its destiny. To accomplish this it has to check the time every hour. Instead of waiting forthe imminent end the agent moves itself on another random cloud server without knowing anything about the new physical location or local time. With this technique it moves around the globe and through timezones against the timeframe given by mankind with the hope to survive as long as possible without moving to a cloud instance where the local time is currently its given end hour.

To access the journeys of the agents all of them sending their current status to the logbuch server. If the digital agent moves onto a cloud instance where the local time is the given end hour of the digital agent, the agent will submit a final transmission to the Logbuch server and delete itself. On the website all stations of the messages are prepared and can be viewed by the user.