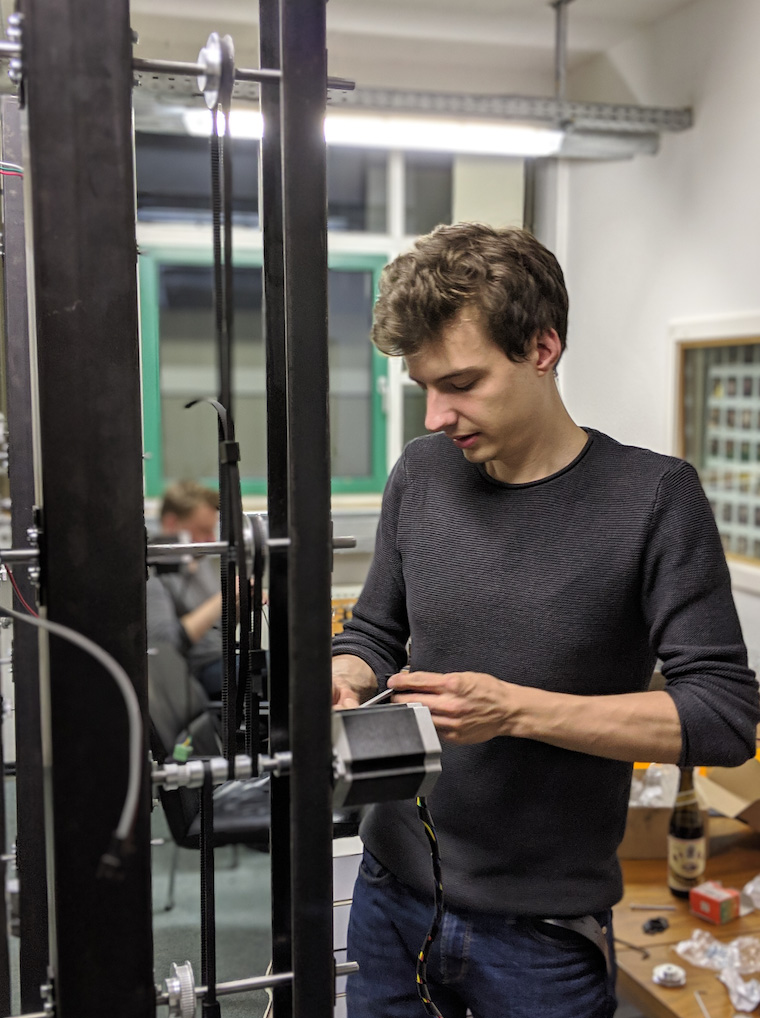 In his work, Robert Schnüll (*1992) attempts to demystify capitalist information technologies. He advocates a shift towards attributable, hierarchy-free and climate-just futures that result in a digitally emancipated society.

His current research evolves around the nexus of digital-physical spaces. Together with his research team medienhaus/ he investigates and prototypes networks of decentralised, autonomous and federatable communities.

Besides researching, he teaches in the context of 'New Media' at the Berlin University of the Arts.

He graduated with Master as part of Prof. Joachim Sauter's “digitale Klasse” at the Berlin University of the Arts with his thesis “attributable technology”. Previously he earned a Bachelor degree in “Media Interaction Design” at the Osnabrück University of Applied Sciences, mostly inspired and taught by Prof. Hannes Nehls.

Before switching back to studying at the Berlin University of the Arts he worked as a researcher in the “Potentials of ambient communication environments” project and investigated the topic of ambient interactions.

His involvement in “climate crisis in art and design teaching” can be found via Klasse Klima.