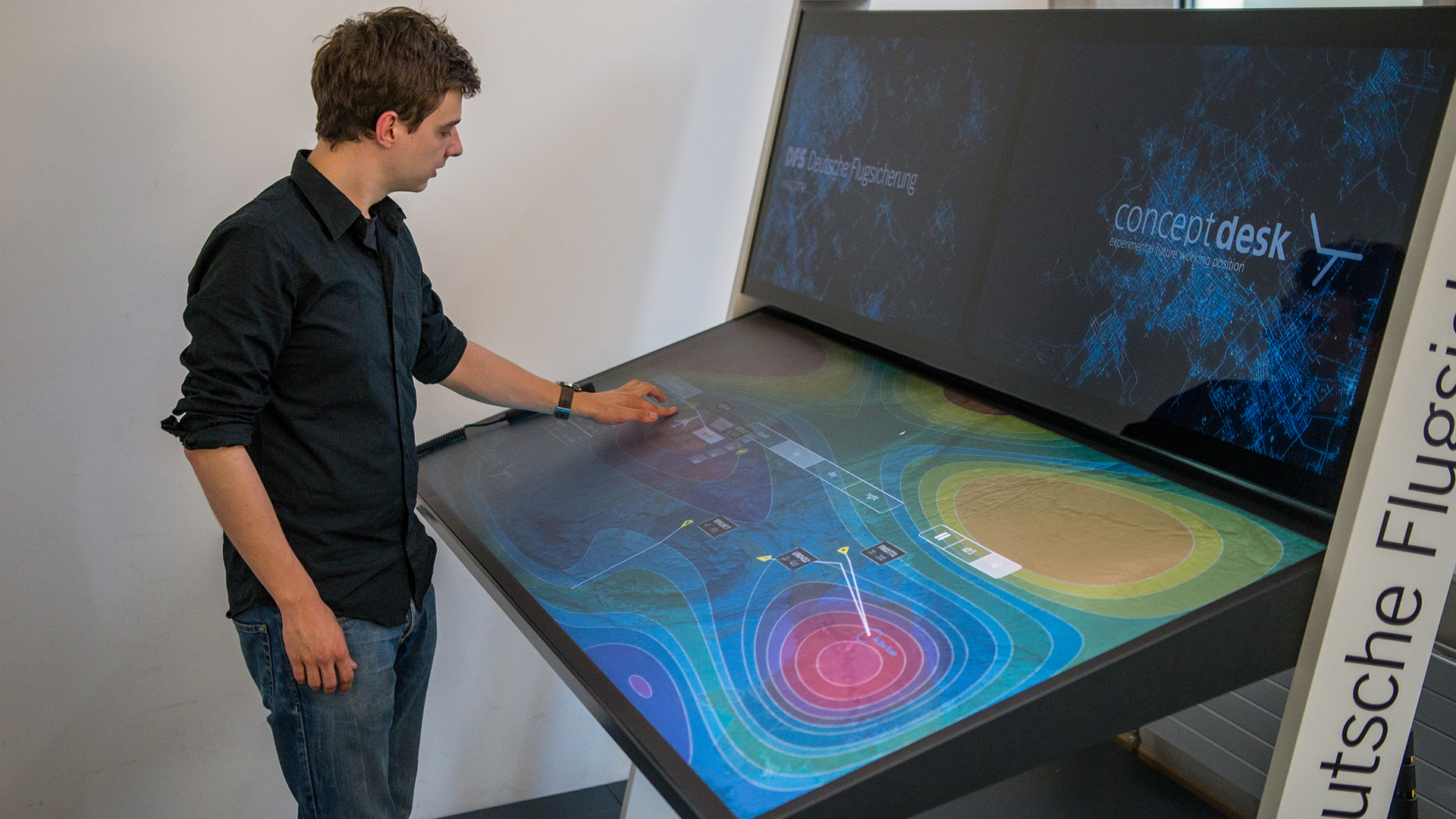 This project is archived.

The images and texts were created back in 2015 and will not recieve any updates anymore.

The goal of this project was to create a workstation as a prototype for further discussions about this topic in cooperation with the German air traffic control.

The concept of the conceptdesk is based on several workshop cooperations between the research project team of the university of applied sciences Osnabrück and the German Ari traffic control. After defining the major goals of this project the conceptdesk was created through a interdisciplinary and collaborative cooperation of industrial designers, interaction designer and computer scientists.

The conceptdesk is an experimental work station to test, discus and evaluate further forms of human machine interactions. It is based on a complex technical setup which allow to implement new ways of interaction and interfaces. Which can be tested in combination with a fully functional prototype software to control the air traffic.
Since the prototype was finished it is located in the research and development headquarter of the German air traffic control in Langen, Frankfurt.